Jágr finished at Calgary with speculation of return to Kladno; Plzeň beat Sparta in Extraliga; hockey internationals gather ahead of Winter Olympics; Sáblíková leaves early for Pyeongchang; and Laštůvka returns to Ostrava.

Unwanted at Calgary, Jágr reported to be heading to Kladno 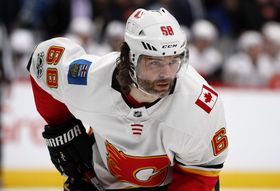 Jaromír Jágr, photo: CTK Is former international Jaromír Jágr close to the end of a glittering career in the NHL? Jágr, who turns 46 next month, has been included on the list of unprotected players by club Calgary Flames, meaning he can be signed by any team in the league. The website deník.cz reported he would instead return to the Czech Republic to play for Kladno, the club where the living legend started out and which he now owns.

In the Czech ice hockey Extraliga, runaway leaders Plzeň beat Sparta Prague 4:2 in the capital on Sunday evening in the pick of the games in the latest round. Two of Plzeň’s goals came from Tomáš Mertl. Elsewhere, Kometa Brno were beaten 2:1 by Chomutov, while Zlín beat Jihlava by the same score line. Liberec overcame Mladá Boleslav 3:0 and Olomouc beat Litvínov 4:2 for their 11th defeat in succession.

Ice hockey squad members in Prague ahead of Olympics 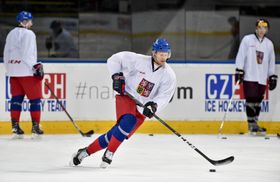 Training session of Czech Republic’s international ice hockey squad, photo: CTK The Czech Republic’s international ice hockey squad have begun gathering in Prague ahead of the Winter Olympics, which get underway in South Korea next week. Eleven players were due to take part in the first training session on Monday, with most coming from the Eastern European Kontinental League. The remainder of the 25-man squad for Pyeongchang are due to arrive in the Czech capital later. The Czechs’ opening game will be against the hosts on February 15. No NHL players are taking part in the 2018 Winter Olympics. 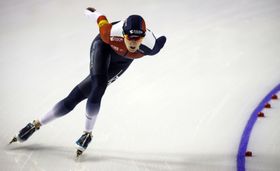 Martina Sáblíková, photo: CTK Three-time Olympic speed skating champion Martina Sáblíková has already left for Pyeongchang, in order to give herself plenty of time to acclimatise. The 30-year-old is initially staying in a hotel as the Olympic village doesn’t open until Thursday. Sáblíková earned one gold and one silver medal at the last Winter Olympics in Russia’s Sochi.

Football goalkeeper Jan Laštůvka has left Slavia Prague and rejoined his first club Baník Ostrava after 14 years. Laštůvka, who is 35, spent several years abroad, playing for the likes of Shakhtar Donetsk and Dnipropetrovsk in Ukraine and Fulham and West Ham in England.

Top Czechs climb in rankings after quarter-final showings Down Under 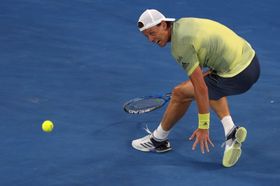 Tomáš Berdych, photo: CTK The Czech tennis number ones Tomáš Berdych and Karolína Plíšková have climbed in the world rankings after both reached the quarter-finals at the Australian Open. Berdych, who was knocked out in Melbourne by the eventual winner Roger Federer, has ascended four places to 16th in the world. Plíšková has moved up one spot to fifth.