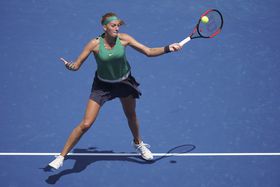 Petra Kvitová, photo: ČTK / AP Photo/ John Minchillo Petra Kvitová has risen to fifth in the world rankings, her highest placing in almost three years, after reaching the semi-finals stage at tennis’s Cincinnati Masters. Kvitová lost 6-3 4-6 2-6 to Kiki Bertens of the Netherlands in Saturday’s match which followed a remarkable run of 16 consecutive semi-final victories. The two-time Wimbledon winner’s highest ever ranking was second in the world, in late 2011.

The head of the Czech Tennis Federation, Ivo Kaderka, has lashed out against a radical overhaul of the Davis Cup. From next year the competition will be decided by a season-ending, 18-team tournament at a neutral site. Mr. Kaderka described the approval of the changes as the “execution” of the Davis Cup and blamed the move on stupidity and avarice. 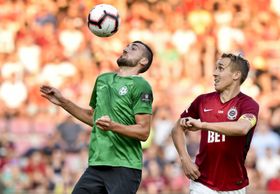 Sparta could only manage a 2:2 draw with Příbram, photo: ČTK / Vít Šimánek For his part, the top Czech men’s player, Tomáš Berdych, said he had been proud to have won a competition dating back over a century. However, this will now all be gone, he tweeted, adding the hashtag #ripdaviscup.

And then there was one. Going into the weekend’s action in the Czech football league, Viktoria Plzeň, Sparta Prague and Slavia Prague were all on the maximum points after four rounds. Now only Plzeň – who are reigning champions – can still boast a perfect points record. They beat Karviná 1:0 on the road while Slavia slumped to a 2:0 home defeat by Jablonec and Sparta could only manage a 2:2 draw with Příbram in the capital. 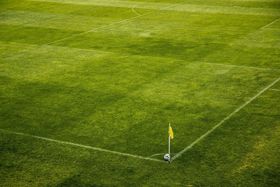 Photo: Michal Jarmoluk, Pixabay / CC0 It was a poor week for Slavia, who on Tuesday suffered a 2:0 away defeat to Dynamo Kyiv which meant they lost the third qualifying round of the Champions League 3:1 on aggregate.

The Czech national team soccer team may be no great shakes these days. However, the country’s minifootball team have just won the European Championship in the sport, which involves a reduced number of players on each team. They overcame Romania 4:1 in the final in Kyiv at the weekend. 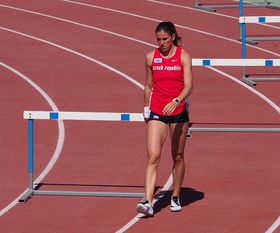 Zuzana Hejnová, photo: C messier, CC BY-SA 4.0 Two-time world champion in the 400 metres hurdles, Zuzana Hejnová, has had to cut her season short due to injury. The 31-year-old’s last appearance was at the European Championships in Berlin, where she failed to make it out of the heats. Hejnová says she plans to make a comeback next year.