Pardubice – the “best place to live in the Czech Republic”

Spotlight this week comes from Pardubice, which lies about an hour away from Prague in east Bohemia. The pretty Renaissance buildings on Pernštýnovo náměstí and the impressive chateau nearby give an indication of this town’s long and rich history, which saw it evolve from a prosperous hamlet in the Middle Ages to an industrial powerhouse by the start of the 20th century.

The first historical reference to Pardubice dates back to 1295 and the original settlement was officially declared a town in 1340.

Pardubice began to flourish as an urban centre in the region when it was taken over by the Pernštejn noble family at the end of the fifteenth century. 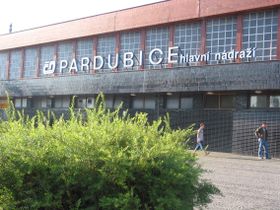 They turned the town’s original castle into the opulent chateau that still stands to this day. They also rebuilt the town on a large scale, first in a late Gothic and then in an early Renaissance style. Many of the buildings erected at the time are still in existence and it’s easy to see why “to sparkle like Pardubice” was a popular saying at the time when you see the imposing grandeur of these old municipal houses.

The town suffered a lot during the Thirty Year’s War and was nearly razed to the ground during an attack by Swedish troops in 1645.

It took a long time for Pardubice to get over this setback and it only really began to come into its own again with the advent of the railway in the late nineteenth century.

“The railway was and still is important as it connects the capital city of Prague with Moravia and the south of the country. Because Pardubice was one of the key routes or transport hubs in this regard, this encouraged many investors to come here and for industry to develop. This also helped expand the town’s population. With more people and workers living here, it contributed to more rapid economic development.”

After the arrival of the railroad, Pardubice, quickly became known as something of a manufacturing powerhouse by the early 20th century. It was to remain a centre of industry right through the socialist era, particularly as a centre of chemical and engineering production. 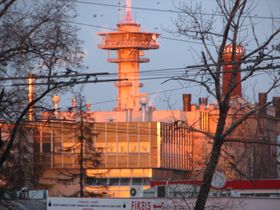 Unlike many other places that were hubs of state enterprise under socialism, the technical nature of Pardubice’s staple industries meant that its highly skilled workforce were able to successfully adjust to the economic transformation that occurred after 1989. David Koppitz again:

“Pardubice is still an industrial city today, although its industry was restructured in the 1990s. Initially, it was particularly known for its chemical industry. Later on, there was also some heavy engineering work done here. This was a very common industry in the socialist era. Now since the 1990s, we have been focusing on electronics. The Taiwanese company Foxconn has a plant here. This is one of the manufacturers of computer components in the world. Another industry that is beginning to dominate in Pardubice is subcontracting and supplying parts and materials for automobile manufacturers. These are the town’s new, modern industries. Nevertheless, the traditional chemical industries and some of the engineering works still persist.”

One of the most famous or rather notorious products manufactured in Pardubice is the plastic explosive Semtex, which was the weapon of choice for many terrorist organisations in the 1970s and 80s because of the fact that it was so hard security-screening equipment to detect it.

Semtex is still produced here, but thankfully its manufacturers now make sure to tag all exports so that they can be picked up by X-ray machines.

It’s safe to assume, however, that most natives of Pardubice are more proud of their town’s other extremely famous export - "Pardubický perník" or Pardubice gingerbread.

The tradition of making gingerbread in Pardubice dates back to the 16th century, when a special guild of gingerbread bakers was established in the town. Over the years they refined and improved recipes to such an extent that the city became synonymous with this confection. Pardubice gingerbread is now even in the process of being granted a special geographical trademark by the EU.

According to David Koppitz, there are still a number of gingerbread companies in Pardubice to this day and the consumption of gingerbread is very much part of life in the town: 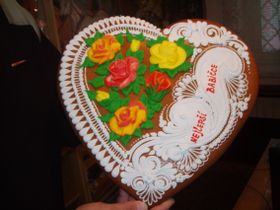 “There are generally two kinds of gingerbread. One would be decorated gingerbread, which can be eaten, but which is mostly kept on the shelf as a souvenir, because they are quite like pieces of art I would say. The second kind would be gingerbread for eating, which is just nicely wrapped. There is a tradition that we have with this kind involving the local hockey team. After matches, if the team wins, spectators throw this kind of gingerbread onto the ice. This is then collected and taken to a local school for the handicapped. This would be a fairly established tradition linked to gingerbread.“

Ice hockey is actually very much part of the fabric of Pardubice and the town boasts a very proud hockey tradition. The local team is one of the top outfits in the Czech national league and has produced many excellent players, including NHL stars Michael Sýkora and legendary goal tender Dominik Hašek.

Nevertheless, ice hockey is far from the only sport associated with Pardubice:

According to David Koppitz this race meeting is just one of the many delights Pardubice has to offer visitors: 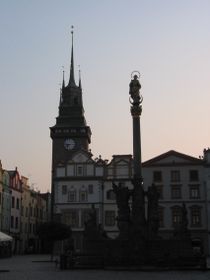 Pernštýn Square “Visitors shouldn’t come just to see the city, but should also sample what’s going on inside the town. Sports are definitely something worth experiencing here. If you don’t come for Velká Pardubická, then you might like to go to the famous “Golden Helmet” speedway racing event which is held here every year. You might also like to go and see a hockey or basketball game. Each of these teams is in the top national league. In terms of historical monuments, we like to present the castle as the pride of the city. The main Pernštýn Square is also worth mentioning. It is now almost completely renovated and I believe it is admired by most of the tourists.”

The quality of the amenities in and around Pardubice is one of the reasons why the town is considered by many to be one of the most attractive places to live in the Czech Republic.

In fact, earlier this year, a Czech daily newspaper conducted an exhaustive survey of locations in the Czech Republic and declared Pardubice to be the best place to reside in this country.

It’s a conclusion that does not surprise David Koppitz: 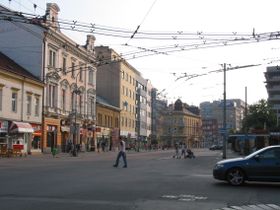 “Pardubice is also becoming a very modern city with new developments and new housing. It has a very low rate of unemployment. It’s now below 5% in the region and below 4% in the town itself. There is good access to jobs. There is fairly good access to cultural and sporting amenities. There also places around Pardubice where you can go biking and skating among other activities. There are lots of possibilities for ‘free-time adventures’ The University of Pardubice also offers a very decent standard of education. It’s one of the 10 best universities in the country. So there are plenty of attractions and I can understand why – with about 90,000 inhabitants – Pardubice would be perceived as one of the best places to live in the Czech Republic.”

The episode featured today was first broadcast on December 12, 2007. 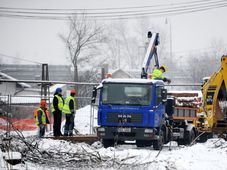 Nerve-wracking weeks ahead for Pardubice as decontamination work starts

Residents of the east Bohemian city of Pardubice could be in for an eventful few weeks, as workmen begin the delicate task of decontaminating an…