Tucked away in a former monastery in Prague’s Nové Město, the Czech Police Museum boasts a fascinating permanent exhibit exploring the history of Czech police, the development of criminology, infamous murder cases and much more. Sarah Borufka went along and has this report. 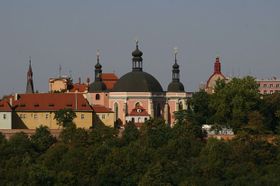 An English-language interactive audio panel at the Prague Police Museum, an institution dedicated to the history of Czech police, the country’s most notorious criminals and the development of criminal investigation in Czech lands.

Květa Klusová, who works in the museum’s cultural and educational department, tells me a bit about the history and mission of this museum, located near the Nusle bridge, in a former monastery that used to house the Order of St. Augustine. Prague Police Museum “Our museum opened its doors to the public in April 199. Its mission is to familiarize visitors with the history of police in our lands, which was established in 1918. Initially, the police was organized in two branches, one was the gendarmerie, which worked on the whole of the country’s territory, and the other was active in bigger cities, that was the state police, and then there also were the regular branches of the police, just like we have them today, which were organized and administered by the individual municipalities.”

Of course, the history of the police also reflects the history of the country as a whole. One good example of that is a room dedicated to the border police under the communist regime. There, visitors can gain an insight over how strictly secured and monitored the country’s borders were, an element of the permanent exhibition that often surprises younger Czechs, says Květa Klusová. 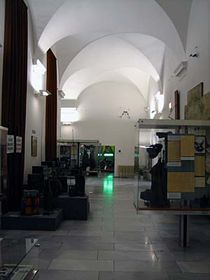 “Young people look at me completely dumbfounded when I tell them that back then, it was not possible to just go away for a weekend trip to Vienna, and that travelling was horribly complicated. And so here they can see where the Iron Curtain was, and what it looked like. The borders with Austria and West-Germany were lined with three rows of barb-wire fences. The row in the middle was at first formed by high-voltage electric fences, which were replaced by a surveillance system in the mid-1960s. And whenever someone tried to cross, it was visible on these surveillance monitors. Here you can also see some of the original signs that marked the border area, which was off-limits to anyone who didn’t have a permit.”

The permanent exhibition is organized around various themes, with the largest portion of space devoted to what visitors tend to be most fascinated by: the history of criminal investigation and notorious murder cases. Květa Klusová explains the set-up of the museum. 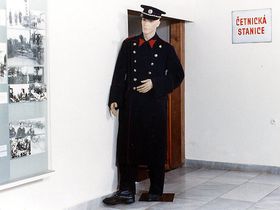 Photo: Prague Police Museum archive “Our exhibition starts with the year 1918, and information about the history of Czech police from that point up until today is located in four branches of a cross-shaped corridor. In the other exhibition rooms, visitors can explore certain themes: For example a gendarmerie station from the era of the first Czechoslovak Republic, one room devoted to the police at present, one to traffic police, and then, what is probably most interesting to most visitors, there are four rooms dedicated to the history of crime and criminal investigation. Here, they can explore both the history of criminal investigation, as well as the methods used today and some pieces on display are connected to well-known criminal cases.”

One such exhibit is a suitcase that played an important role in one of the most notorious murder cases in the history of this country, the 1933 murder of the prostitute Otýlie Vranská. Along with many other original items, it lends an eerily authentic air to the exhibition. 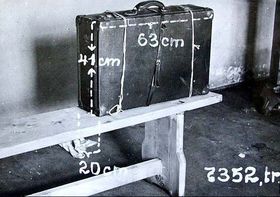 The exhibition also features a contraption that was used in another blood-chilling murder case: A plank of wood with a box at the top, built by the murderer Hubert Pilčík.

“This exhibit is connected to the case of Pilčík, which dates back to the year 1951. Some people wanted to escape from the communist regime and hired human traffickers who knew the escape routes. Back then, the barbed-wire fences were not in place just yet. One of those traffickers was Pilčík, but he did not assist people in escaping the country, instead, he murdered them. Although only two of his victims’ bodies were found, police found, when they searched his house, a number of items that belonged to people who had paid him to help them escape, clothes, identity cards, etc. And the most shocking thing was that during the house search, they also found this item here in his garden: a box that he built and in which he held a 12-year-old girl captive, who supposed to cross the border with her ant and her grandfather, whom he both murdered.” 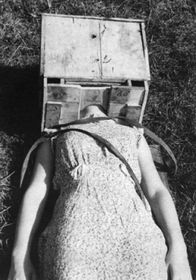 But not the entire exhibit is devoted to such gruesome content. Visitors can also try out taking their own fingerprints, have a look at a recreated crime scene and learn about the work flow of police in crime scene investigation or gain insights into new methods in criminology.

And what are some of reactions of those who come to see the exhibit? Květa Klusová again.

“Especially the foreign visitors are impressed by the exhibit, and we do get a lot of foreign police officers who visit the museum, even some from as far as New Zealand, Canada or Australia. They usually are really proud of their profession and tell us that there is nothing comparable where they are from.”

In addition, the museum also collaborates closely with the police and holds special seminars for school children – be it traffic education or courses that are meant to help prevent juvenile delinquency. For more information on visiting hours, admission and more, visit www.muzeumpolicie.cz

The episode featured today was first broadcast on August 3, 2011.

In this edition of Czech History, we look at the life of Karel Kalivoda, one of the most successful and famous Czech police detectives… 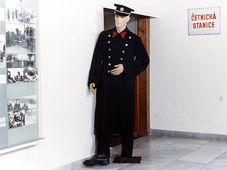 Tucked away in a former monastery in Prague’s Nové Město, the Czech Police Museum boasts a fascinating permanent exhibit exploring…