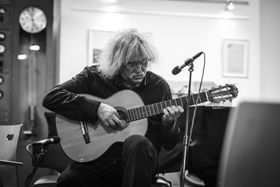 Lubomír Brabec, photo: Vojtěch Havlík Lubomír Brabec is one of the country’s most brilliant guitarists and many rank him among the best guitar plyers in the world. In a career spanning over four decades he has captivated audiences at home and abroad, and recorded around 30 CDs. Critics have high praise for his immaculate technique as well as his inventive and original approach to music. Lubomír Brabec's many recordings include works by Bach, Handel, Vivaldi, Janáček and Prokofiev, but also Spanish music and hits by McCartney. In 1997 he became the first musician in the world to perform a concert in Antarctica. It was broadcast live by Japanese television to wide international acclaim. Exactly 50 years ago, Vladimír Merta, one of the country’s most respected singer-songwriters and an excellent guitarist, released his… 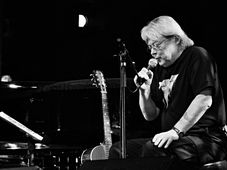 After a break of six years, Czech music legend Vladimír Mišík is back with a new album. The LP, called Jednou tě potkám or I’ll meet… 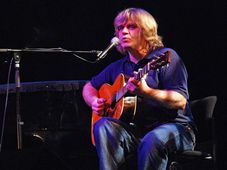 Moravian-born folk singer, songwriter and music producer Karel Plíhal first picked up a guitar when he was fifteen, and got into the…