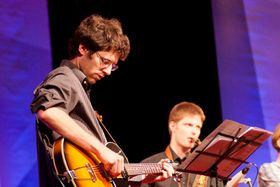 David Dorůžka, photo: Petr Vidomus In today’s edition of Sunday Music Show we will be playing a new album by David Dorůžka, one of the country’s most distinguished jazz musicians and an exceptionally talented guitarist. The album, called Autumn Leaves, was released in December after a pause of eight years. Recorded in a trio with bassists Jiří Slavík and drummer Martin Novák, it features five new pieces by Dorůžka along with melodies from Jewish music, a song written by classical composer Bohuslav Martinů and an old jazz tune from the 1930s and two pieces by Jiří Slavík. 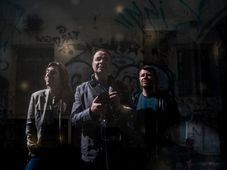 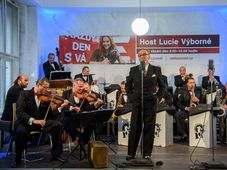 Band leader Ondřej Havelka, with a look straight out of Jeeves and Wooster, has just reached the age of 65. The singer, actor (he has…