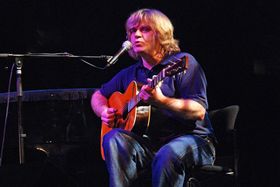 Karel Plíhal, photo: Tomáš Vodňanský, Czech Radio Moravian-born folk singer, songwriter and music producer Karel Plíhal first picked up a guitar when he was fifteen, and got into the underground music scene with country-swing bands while studying mechanical engineering in Olomouc. Before signing a record deal in 1985 when in his mid-twenties, he also worked as a designer and boilerman at the local theatre. Plíhal was introduced to a new generation of fans thanks to his role in the 2002 mockumentary Rok ďábla (Year of the Devil), about a foreign filmmaker who heads to the Czech Republic to make a film about curing alcoholism. Over the past three decades he has experimented with country, folk, and jazz themes. Spring is in the air!

In our first May edition of the Sunday Music Show, we listen to all sorts of spring tunes. 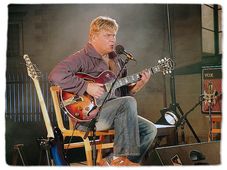 Karel Plíhal – one of the Czech Republic's foremost folk singers

The Czech singer and songwriter Karel Plíhal is the subject of this edition of Music Profile. Plíhal, who comes from the Moravian… 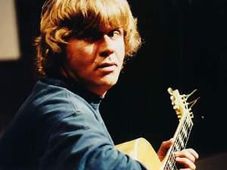 Karel Plihal, one of the country's most popular musicians and songwriters has just released a new album and DVD to celebrate 25 years…