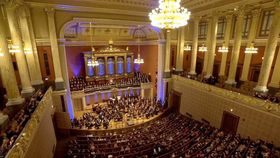 Photo: Czech Television The country’s leading orchestras came together on Tuesday this week to perform a charity concert in aid of the reconstruction of Notre Dame Cathedral in Paris. The concert took place at Prague’s Rudolfinum. The Czech Philharmonic Orchestra, The Czech Radio Symphony Orchestra, the Prague Symphony Orchestra, the Prague Philharmonia and the ensembles of the National Theater and the State Opera performed Antonín Dvořák’s Stabat Mater, under the baton of Tomáš Netopil, the guest conductor of the Czech Philharmonic. It was heard by a thousand guests and broadcast live to millions on Czech Television. Stabat Mater is a religious cantata, Dvořák’s first religious theme composed in reaction to the death of his daughter Josefina. It premiered in December of 1880 at a concert of the Association of Musical Artists in Prague. 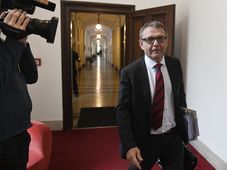 Czech Culture Minister Lubomír Zaorálek has brought out into the open a deepening feud between the mayor of Prague and Beijing, which… 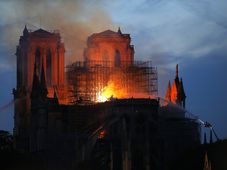