Proposal seeks to include right to adopt in registered partnership legislation

The Green Party has recently brought forward a proposal to change legislation so that gay and lesbian individuals in the Czech Republic who live in a registered partnership would be able to adopt children. The proposal is based on an analysis by the Committee for Sexual Minorities. Within Europe, individual adoption for gays and lesbians in registered partnerships is legal in a number of countries, including Germany, Norway and the UK.

Lucie Otahálová works for the Government Council for Human Rights, which has declared the current adoption law an act of discrimination against same sex couples who live in registered partnerships. Both married heterosexual couples and individuals of both orientations can adopt children.

“The proposal, which was approved by the Government Council for Human Rights, was originally proposed by the Committee for Sexual Minorities and is based on a legal analysis that states the ban for individual adoption in registered partnership law is unconstitutional. A person who enters a registered partnership is the only individual that is not legally able to adopt a child. This proposal aims to remedy this ban.”

The proposal has been backed by a petition organized by gay activists. So far, 2000 supporters have signed it.

This pro-adoption petition came in response to an initiative organized by Christian Democrat deputy Michaela Šojdrová, who opposes any change in law that would grant homosexual couples the right to adopt. On her website, she called on the public to support her petition against the adoption proposal a month ago and to date, more than ten thousand have signed. Mrs. Šojdrová herself had this to say on the issue.

“We’re talking about children who cannot make their own decisions, who cannot give their opinion on what happens to them. And from the psychological point of view, the situation is very clear-cut: A child needs a mother and a father. Of course, if the child looses one of its parents due to a death or other circumstances, and is raised by a single parent, that’s something that we cannot influence as lawmakers. But if we welcomed legislation that would make it possible for registered partners to adopt, then we would make it legally possible for a child to grow up without a male or female role model, without a mother or a father. And such a step by lawmakers seems unacceptable to me.”

Some psychologists agree with the deputy. Child psychologist Jaroslav Šturma considers the presence of both a male and a female role model vital for children and opposes the proposed change in the adoption law.

“The optimal model, which should be laid before the eyes of society is the model of the family that is based on a relationship between a man and a woman. So I believe that such a law would be a wrong signal for the public.”

But other psychologists cite research findings that paint a different picture. Dr. Hana Polašková, whose research activity includes work with families with lesbian partners, says the presence of parents of both sexes is not crucial to the welfare of a child. 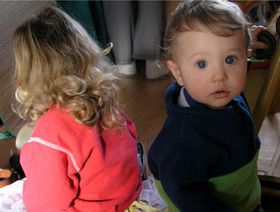 “The general assumption that children will necessarily do better being raised in the traditional family lacks empirical support. We can say that regardless of the family structure, children are likely to do well in such a family environment that is characterized by an absence of conflict, where there is a high level of cooperation, where there is trust and a lot of warmth and care and so on.”

“From everyday life, and I know this from my own research with lesbian women in the Czech Republic, parents aren’t the only role model in the life of a child. And especially in the case of lesbian parents, it’s quite obvious that they are paying special attention to the issue and trying to secure a really wide social network for their children, which includes adults of both genders and both sexual and emotional orientations.”

Child psychologist Dr. Šturma does not believe that such male role models can replace a father figure.

“Of course they don’t live on an island. But vital for the learning of life’s roles and identifications are the bonds to persons who are close to the child and have a deep and unique attachment to it. So teachers, scout leaders, coaches and trainers, have a completing and though it is important, secondary role.”

Jarmila Kowolowská is bringing up two girls with her female partner. She believes that the argument a male role model is necessary to ensure the positive development of a child is not a strong one. 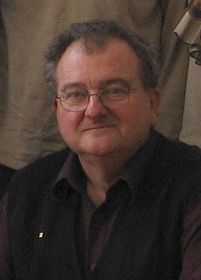 Jaroslav Šturma “To me, this is actually the weakest argument against the adoption of kids in same sex couples. You have so many other people in your environment; it’s not just your father who represents a certain role. There are friends, other members of the family, teachers, people you meet when you exercise a certain hobby. There are so many people around us that I can’t see how our children would lack a male role model.”

Mrs. Kowolowská, like many lesbian parents in the Czech Republic, finds herself in a difficult legal situation. Although she is an active parent and raises two daughters with her partner, she has no legal right to the children, since she is not the biological parent. For her, a change in law would be most welcome.

“I would really appreciate it if I could adopt them because I think it would give much more stability to all of us. And it would also have an impact on us being recognized as a family by society at large. And in practical terms, for instance now, even though I look after them everyday, when we need to sign an application for kindergarten or when we go to the doctor and decide whether they should be vaccinated against common diseases, I am not the one who can sign such forms.”

But not being able to make formal or legal decisions regarding her children isn’t the harshest implication of not being her daughters’ legal guardian.

“The most difficult situation would be if something happened to my partner. Then I would have no right to raise the children, which puts them as well as me in a very unstable situation.”

Dr. Polašková is in favor of a change in law and said it would go beyond just the practical aspect.

“It’s not only about the everyday things that need to be sorted out and that would be easier with this law. It’s also about the symbolic level, where the heterosexual majority gives these parents a sign of social recognition and acceptance. If these couples, like they do today, live in a situation where the position of the non-biological parent is quite insecure and problematic, it becomes a significant source of contractual stress, and as we know, that can interfere significantly with family functioning so this is a specific example of minority stress in the Czech Republic.”

While the current proposal would not make it possible for homosexuals to jointly adopt a child, which they can legally do in EU countries such as Belgium, Spain and the Netherlands, it would at least provide a basis for gays and lesbians to live in a registered partnership and individually adopt children.

The latest Rainbow Map, a comprehensive evaluation of 49 European countries according to their attitude towards sexual minorities ranks…