Should an EU body be created to deal with Europe’s Communist and Nazi past?

The Czech EU Presidency last week launched a bid to make a mark on history by creating a Europe-wide platform for the study and recognition of the crimes committed by former Communist regimes. The move has sparked a debate within the Czech Republic and abroad over whether such a step aimed at unlocking the problematic past is desirable. 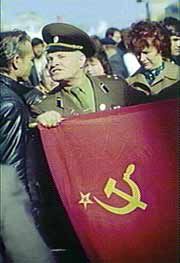 Behind the initiative is a feeling that the crimes and victims of Communism have not been given the same attention as those of Nazism and Fascism. And that, they say, creates a damaging and divisive two-tier treatment of history in the single EU.

One of the hearing’s organisers, Czech European Democrat MEP Jana Hybášková, explains: “We basically do not want to say this was our Communism, that we suffered most, or that it was equivalent to the Holocaust. None of this is true. What we people from Central and Eastern Europe want is to open a debate, an open and honest debate about the crimes of Communism as crimes against humanity. To those who were victims, massive victims - there were whole families, there were millions of people who were buried, who were imprisoned, who went to gulags, who had to emigrate – of course they cannot and never will be financially restituted, but moral restitution – to say, yes, they as well suffered and were part of the European totalitarian experience. This is one of the important steps to take.”

In practical terms, one of the main goals of Jana Hybášková, like minded MEPs, and the Czech government, is for the creation of a European-wide platform or body to deal with the continent’s 20th century totalitarian legacy. Hopefully on the receiving end of European funds and enjoying some European status, the platform would build bridges between historical institutions in East and West. It would also share technical know-how on archives preservation and interpretation. 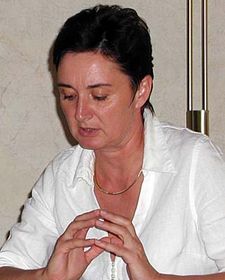 Jana Hybášková She continues: “A second point is of course to open a debate about education, open a debate about textbooks, about a common approach. We do not want to say there is a common history. History is not united. By the way only about 14 percent of Czechs feel that their history is European history. We cannot unify or unite history but we can unify and unite approaches to history – how to treat and how to debate it, how to have European textbooks about European history.”

So far, so good. But the platform project has run into opposition at home and abroad. Domestic opposition stems from the fact that one of the biggest backers of the project is the controversial Institute for the Study of Totalitarian Regimes. The institute was created, like those in Germany, Slovakia, Poland and some of the Baltic States, to look after the Communist regime security archives and delve into the dark corners of the totalitarian past. Its creation, largely thanks to the ruling right-wing Civic Democrat Party, has helped make it especially contentious. It shot to fame this year by revealing archive information suggesting world-renowned writer Milan Kundera informed to the Communist police on a Czech agent for the West. Away from that spotlight, the new institute has been criticised for its sloppy methods and poor management.

Czech Communist MEP Miloslav Ransdorf who attended the Brussels hearing last week, explains where he thinks the Institute for the Study of Totalitarian Regimes has gone wrong: “It is led by unqualified, unskilled people. There are no historians. It is only a political institution”

Mr Ransdorf adds that the institute has succeeded so far in only presenting an unsatisfactory monochrome view of history, without explanation or context and the European platform runs the same risk: “Mr Žáček, the head of this institute, is a journalist. I have nothing against journalists, but I am against mixing journalism and historical research. They think it is the work of an historian to rewrite some documents of the security services, the secret police. I would say this is only the preparatory stage. The interpretation, the understanding of the historical context, the logic of the functioning of the regime and the attractiveness of the movement at some crucial points of history, such as after the Second World War and the industrialisation period, are something else. It is not contributing to the understanding of the past.”

But celebrated Boston University based Czech-American historian Igor Lukes believes the European platform should be backed. While state sponsored historical research is not ideal, he says the real fears about delving into the recent past are much deeper and more basic.

“Of course it would be nice if such studies were conducted outside the purview of any state sponsorship, if one could find such sources somewhere else, untarnished. But I do not see anything objectionable about an attempt to study the past. I think Václav Havel gave an important speech in which he said we all fear something; somebody fears flying, somebody fears love, somebody fears rats. In Central Europe we fear the past. The past is a painful thing to study because it reveals our flaws, our wounds are there. I think this is the main reason for the objections, not some concern that it would be conducted in some biased manner.”

Whatever the standpoint, at EU level prospects for the platform are uncertain. The Institute for the Study of Totalitarian Regimes points out that none of the 27 EU member states oppose it. But major countries, such as Britain, Spain and Italy, stayed away from a preparatory meeting in Prague last November. Representatives from the 17 countries that turned up quickly became bogged down in arguments about historical timeframes and definitions. Should the platform take in all European history from the Russian Revolution in 1917? Should it cover current Communist regimes or just deal with the past? And should the whole era of Communist rule in Central and Eastern Europe be regarded as totalitarian or just the Stalinist epoch? They also failed to agree what legal status the new platform or institution might enjoy.

In these crisis times, Mr Ransdorf is not alone in thinking EU leaders will not put the platform at the top of their priorities. And with the creation of a new institution backed by EU funds needing support from all member states, the Czech Presidency and its backers looks like they face a daunting challenge of delivering anything more than words on this particular platform.