The false comfort of the appeasement analogy

“Some seem to believe that we should negotiate with the terrorists and radicals, as if some ingenious argument will persuade them they have been wrong all along…We have an obligation to call this what it is -- the false comfort of appeasement, which has been repeatedly discredited by history.” That was US President George W. Bush speaking in front of the Israeli Knesset on May 15th. The statement was not only controversial because it was viewed as a political attack on a fellow American – Senator Barack Obama - while away from American soil, but it also invoked an oft used analogy – that of the appeasement of Hitler, in which British Prime Minister Neville Chamberlain allowed Hitler to carve up Czechoslovakia.

The injustices and futility of the so-called Munich agreement have been brought up by politicians for their own purposes for decades. But as this exchange between host Chris Matthews and Bush supporter Kevin James on US cable television reveals, often even the most rudimentary knowledge of this crucial and painful part of Czech history is absent:

James: Oh, come on. It all goes back to appeasement.

Matthews: No, what did he do? Tell me what he did.

Matthews: You have to answer this question. What did he do?

James: It’s the same thing. It puts it all — we’re talking about appeasement.

Matthews: Well, tell me what he did. What did Chamberlain do wrong?

Matthews: I’m not going to continue with this interview unless you answer what that thing is.”

After several minutes on non-answers, the host finally lost his patience: On 30th September 1938, British Prime Minister Neville Chamberlain returned to Britain following meetings with German leader Adolf Hitler. The meeting were designed to address concerns about German expansionism in light of the annexation of Austria - Anschluss - and increasing agitations by pro-Nazi Germans living in the Sudeten regions of Czechoslovakia. The Prime Minister came back with what was later famously described as a “piece of paper” – or the Munich Agreement - the terms were simple, Hitler could have the Sudeten territories of Czechoslovakia, while the fate of the rest of the Czech lands were also essentially placed under German control: 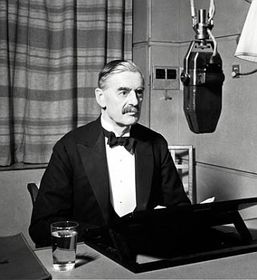 On 9th September 1939 Chamberlain declared war on Germany “I want to say that the settlement of the Czechoslovak problem which has now been achieved is, in my view, only a prelude to a larger settlement in which all Europe may find peace.”

In this, lay the principle of appeasement – give Hitler something and he will want no more. Of course, the calculation was wrong, and soon after, Hitler invaded Poland - on 3rd September 1939 Chamberlain declared war on Germany:

“This morning the British Ambassador in Berlin handed the German Government a final note, stating that, unless we heard from them by 11 o'clock that they were prepared at once to withdraw their troops from Poland, a state of war would exist between us. I have to tell you now that no such undertaking has been received and that consequently this country is at war with Germany.”

Not long after, Prime Minister Chamberlain was replaced as Prime Minister by Winston Churchill, who had opposed appeasement from the start. Chamberlain was soon painted as a naïve and foolhardy figure – and the metaphor of appeasement extended throughout the ensuing decades – from the Cold War, to the Israeli-Palestinian conflict, through to Lebanon, Iraq, North Korea and then Iraq again. This is Ronald Reagan speaking in 1964: Ronald Reagan “There is no argument over the choice between peace and war, but there is only one guaranteed way you can have peace--and you can have it in the next second--surrender. Admittedly there is a risk in any course we follow other than this, but every lesson in history tells us that the greater risk lies in appeasement, and this is the spectre our well-meaning liberal friends refuse to face--that their policy of accommodation is appeasement…”

Yet, during his presidency, Reagan embarked on a course of intense dialogue with the Soviet Union. I asked political commentator Jiří Pehe about whether the appeasement metaphor is used correctly today.

“I don’t personally think that talking with dictators is necessarily a form of appeasement. It becomes appeasement only if you are giving something and not getting something back. For example, the West and the United States started talking with Gaddafi in Libya when the Bulgarian nurses were imprisoned there. There were some concrete steps that we could call appeasement, It is very difficult to draw a line here as to whether this was unacceptable appeasement or whether it was a situation in which appeasement actually worked.”

Radio Prague’s David Vaughan is currently writing a book that looks at the Czech experience during World War II through the eyes of Czech Radio broadcasts. I asked him if he believed that the controversy surrounding the Munich agreement was really as black-and-white as it is often expressed today. 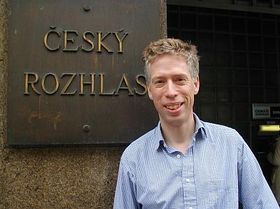 David Vaughan “Well, history is never as simple as it looks. If you look at the context of the time – just twenty years after the carnage of the First World War – another war was the last thing that most politicians in Europe and around the world wanted. And therefore, they were willing to go to great lengths to avoid war. The problem with Chamberlain is that he was, I think, willing to go to any length to prevent war and he accepted just about every demand that Hitler made of him.”

As Jiří Pehe recalls, this episode in Czech history was a deeply painful one, in which Czechs felt deeply betrayed by their allies in the west:

“That is something that is a huge trauma both for Czechs and Slovaks and of course many people still think that had the Western allies not made concessions to Hitler in Munich, we would not have faced the truncation of Czechoslovakia, but also maybe there would have been no WWII. So if you talk about appeasement in the Czech context, certainly it is a very sore point.” Adolf Hitler But is it fair to use the Czechoslovak experience in today’s diplomacy? And is it appropriate to compare the likes of Saddam Hussein and Mahmoud Ahmadinejad to Hitler?

“There are probably very fair comparisons that can be made to the kind of ambitions that some of these extremist politicians have, but I think that the fundamental difference is that Hitler was at the time one of the most powerful men in the world militarily, he was at the head of a country of eighty million people in the heart of Europe and the threat that he posed was really a question of the very existence of civilisation. And that is really very different and is a point that needs to be made again and again. So we have to be quite cautious when we draw parallels with the present day.” 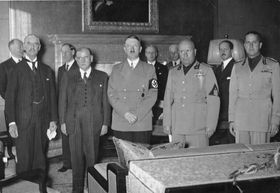 Munich Agreement Depending on one’s point of view, the Bush administration’s location of a proposed anti-missile defence system in the Czech Republic to counter what it views as a threat from Iran is either a calculated, appropriate, or historically manipulative decision. Today, the analogy of appeasement is thus not only directed towards Iran, but also directly at the country that once experienced its inherent flaws – accept the radar, or risk too being privy to appeasement. Yet some hope that with a new US president, both diplomacy and the blunt use or misuse of such analogies will become a thing of the past. I’ll leave you with a segment of the inaugural speech of President John F. Kennedy from 1961:

“So let us begin anew—remembering on both sides that civility is not a sign of weakness, and sincerity is always subject to proof. Let us never negotiate out of fear. But let us never fear to negotiate.”