How are countries of central and Eastern Europe coping with their communist legacies? Have their societies done well in the transition to democracy over the last two decades? And why do so many people in this region feel nostalgic towards the totalitarian past? And in what ways is the Czech Republic different from other ex-communist states countries in the region? These and other issues were the focus of an international conference “20 Years After” that took place in Prague last week.

Twenty years after the fall of communism, countries of the former Soviet bloc have democratic political systems, are members of international organizations such as the EU and NATO, and few even have the euro. But their societies are still coping with the aftermath of their totalitarian past, which is proving to be a painful and a much longer process than might have been imagined 20 years ago. The Czech Republic’s Institute for the Study of Totalitarian Regimes organized an international conference in Prague last week that looked at these issues. One of the key-note speakers, Czech-born US professor Michael Kraus, from Middlebury College in Vermont, says countries in the region have had three contrasting experiences.

“In this part of the world, Germany – in terms of what we call transitional justice – conducted the most thorough procedures and measures over the last 20 years. Looking at the rest of the region in central and Eastern Europe as well as the former Soviet Union, I thought that the Czech Republic had done better than the others.”

“The Czech Republic is probably the most active. But if I say it is the best, it does not mean it’s good. The basic problem is the continuity of elites in a variety of social institutions, most notably the judiciary, the police and the academy. That means that when you try to prosecute somebody for crimes committed under communism, they will most probably come in front of a former communist judge and be investigated by a former communist policeman. If you want to produce new judges and new policemen, they have to be educated somewhere, and they would be educated by the same professors. You put all that together, and you discover that not much was done, even though more was done here than anywhere else, and more on the level of statement, like criminalizing the communist regime, whatever that means, rather than doing something about it.”

The issue of the elites remaining at the top is one of the major criticisms of the newly-emerged democracies, including the Czech Republic. People who had access to information and good contacts from the communist era have gained very influential positions in the world of business and politics. The latter is the area of expertise of Tetiana Kostiuchenko, from Ukraine’s National University of Kyiv-Mohyla Academy.

“I was focusing on those members of the elite in the current Ukrainian political elite who had some Komsomol or communist party experience and actively participated in these organizations in the past before 1991. They were in power before, they were in power in the beginning of the this decade, and they managed to keep their positions even after the Orange Revolution.”

But one problem is how the individual countries have dealt with their communist legally and formally, and quite another is how people see their past today. Paulina Bren, who is a professor at Vassar College in the United States, is an expert on Czechoslovak television in the era known as normalization, that is the 1970s and early 1980s. She says she was surprised how popular all those TV series from that time still are.

“I’ve watched these DVDs become available, and as I said in my talk, accepted as part of the national culture, not something to be critiqued or debated at all. When I first started research, I did research in the party’s Central Committee archive and in the Czechoslovak TV archive. I started reading about [Jaroslav] Dietl and all the serials, and at that time, they were all on 8mm film. So they showed me some of them in a dark room with a projector. As I was finishing a big part of the research, it was interesting to see them start being rebroadcast on TV.”

Ms Bren says the popularity of these works shows that there has been a total lack of any serious debate about the past.

“Gradually I’ve come back to do conferences and so forth, and I suddenly see these DVDs I could not even access when I started my research now available absolutely everywhere, for anybody to look at. That’s been a very interesting development, and it speaks a lot about the absence of any real discussion in this country about communism. And I think it’s a problem, I really do. On many levels, and for all generations.”

The phenomenon of nostalgia for all things communist has of course been most noticeable in Germany, where they coined a special term for it – ostalgia. But the issue exists in all of the former communist countries, albeit to varying degrees. Hungary’s Lena Pellandini-Simanyi is a research student at the London School of Economics and Political Science.

“There is a strong sense of nostalgia in certain parts of the society; I wouldn’t talk about general nostalgia. But you have to keep in mind that under communism, the majority of the people had jobs. In capitalism, many people lost their jobs, their sense of security, and these people see communism as an era of security.”

Right after the fall of communism 20 years ago, the most optimistic forecasts predicted that countries like Czechoslovakia, Hungary and Poland would catch up with the developed and stabilized western democracies in just a few years. Two decades later, the outlook it bleaker and it’s not even clear whether the former Soviet satellites will always be different. Paulina Bren again.

“I do remember perfectly all those hopes in the early 1990s about, ‘oh, it’s going to look like Austria 20 years from now. And you know, maybe it does look like Austria. What I find very disturbing though is the way people act with one another, the way political culture is – I suppose corrupt is the word I want to use. And while these problems do exist elsewhere, they seem to exist here with a greater intensity. And I do find myself wondering whether this is the simply way it’s going to be.”

On the other hand, Professor Michael Kraus believes that the term “post-communist” no longer applies to the societies of central end Eastern Europe, and each problem, such as corruption, should be addressed as such – and especially because these are not unique to the region. The societies should therefore be more open and look for inspiration elsewhere. But are they? 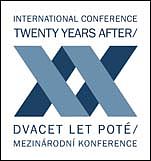 “Well, not as open as I would wish, as I think would be desirable. If you take the European Union, for example, my own view is that for reasons of history, the Czech Republic really has no alternative, and it should no be the country that will hold up the Lisbon treaty. That would be absurd. And I it’s a real pickle that the Czech Republic got itself into. But it does not reflect the majority opinion in the society; it doesn’t even reflect the majority opinion in the political elite. It all hangs in the balance on one man who occupies the Castle. That’s not the way it should be.”