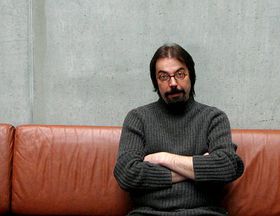 Jan RichterA South Moravian by origin, I found my way to Radio Prague in July 2007. After graduating in history at Masaryk University in Brno, I spent two years in Colombia and five years in Mikulov, South Moravia, before I finally considered myself ready for the Czech capital. The most enjoyable part of my job involves meeting people whose lives were shaped by the turmoil of 20th century Central Europe. Outside the radio building, I always appreciate a good night out with taroky, a rapidly disappearing card game.